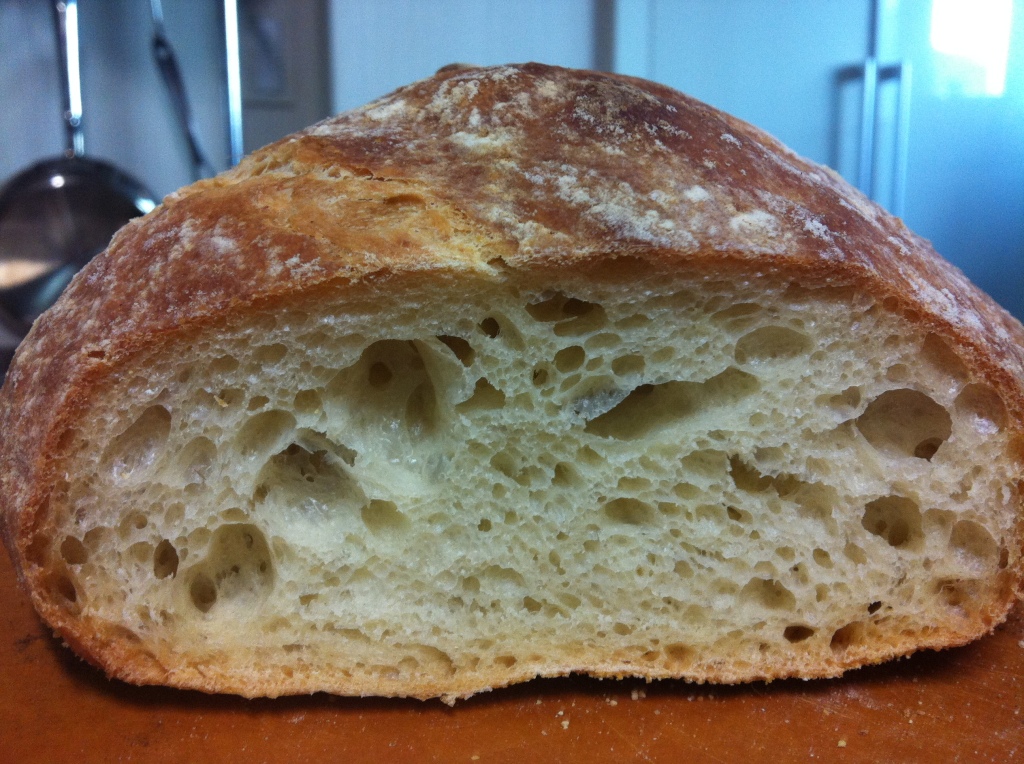 One of the resulting loaves in the experiment. You’ll have to read on to see which flour was used to create this…

We spent a summer in Seoul in 2008, so we had an introduction to the food landscape: lots of affordable and yummy Korean restaurants, overpriced/inauthentic foreign cuisine (though this is changing!), lack of good beer, lots of great coffee shops, and a glut of chain bakeries selling soft enriched breads filled with delicious smooth bean pastes, hot dogs, or custard.

As we prepared for our big move to Seoul in 2012, we made a huge list of food to bring with us. One of those items was Vermont’s finest King Arthur Flour (which I often refer to as KAF), suitable for making flavorful breads, both lean (ie: French/Italian bread with crispy crust) and enriched (ie: brioche).

Once we settled into our Seoul apartment, I got a little too enthusuastic and baked a ton for our friends. I blew through almost 20lbs/9kg of KAF flour in 2 months, and I kinda panicked. What will I do when my magical flour runs out? Will have to spend an exorbitant amount on 1 kg of Bob’s Red Mill (which is also fantastic) or French flour at Bangsan Baker’s Alley? Or perhaps there is a local Korean flour that will produce all-white loaves with the same complex flavor, singing crust, and irregular custard crumb structure? I did inquire about KAF intl shipping, it’s possible… but not remotely in my price range (though their staff is fab!).

I Googled (and would have Naver’d if my Korean was better) about the difference between Korean and North American/unbleached/higher gluten flours, but didn’t find a lot of detailed info this, nor was I able to find out about how to modify recipes using Korean flour (same amount of liquid, less, etc). There are a couple Korean flours marketed in English as “hard/strong flour” and “good for breads,” and they are widely available at your local mart (eMart, Lotte, little mom and pops). The most ubiquitous is Beksul (백설), which produces soft (pastry), medium (noodle) and hard (bread) flour. 1 kg of Beksul hard flour usually costs less than 2000 KRW, so it’s comparable to what I am used to paying in the US. Other Korean brands include Q1 (코원) and Gompyo (곰표).  I’ll report on these flours in future posts.

The big Korean/American flour showdown: this section explains my attempt at a methodology. May be boring for some, but exciting for bread geeks:

Objective: to compare the capabilities of Beksul Hard and KAF All-Purpose flours. This includes visual comparison of the flours, characteristics of resulting doughs, results from proofing (rises), and the overall appearence, texture, mouthfeel, and flavor of the final product. The final product is a simple, ABin5 Crusty French Boule.

Scope: ingredient weights and volumes were controlled (dry ingredients weighed metrically on my electric kitchen scale). My Samsung home oven temperature is variable and tends to hoard heat towards the back wall of the oven, even with the use of a thick baking stone. To offset this variability, I used an oven thermometer and rotated loaves halfway through the baking cycle. A quick read thermometer was used to gauge interior temp of the loaves. The protein/gluten content of KAF flour is slightly higher than Beksul. The doughs were weighed at shaping, and shaped into round boules. Both loaves were scored, but with slightly different marks in order to facilitate identification. My Williams-Sonoma pizza stone, which JUST barely fits in my oven, was used for both loaves. Oven temp was set to 450F. Steam was introduced in the oven via steam pan and water spritz on oven walls during the first 2 min of baking. Finished, completely cooled loaves were then sampled by individuals in a blind taste test (results were super interesting!). 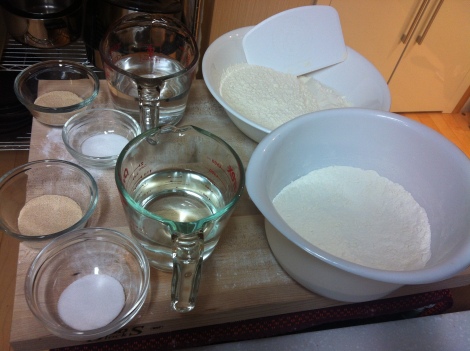 Why the ABin5 boule: My dear friend Danielle (who gave me ABin5 as a birthday present), Hertzberg and François are the people I credit for my obsession with artisan bread.  TheABin5 method is a terrific starting point for bakers who find bread intimidating, I have since moved on to tackling the onerous, traditional bread baking methods that build upper-body strength. The ABin5 master recipe consists of only 1 type of unbleached all-purpose flour, water, instant yeast, and salt. As this is a high-hydration dough with that doesn’t require kneading, there are fewer requirements for exact gluten content (as opposed to other traditional kneaded recipes which usually call for high gluten bread flour, clear flour, rye, whole wheat, pre-ferments, etc).

*Again, this is a “relatively” controlled experiment, the main objective is to compare the final loaves while keeping the baking processes as parallel as humanly possible. If you have any tips to share, please do so!

Next: Beksul vs King Arthur – doughs